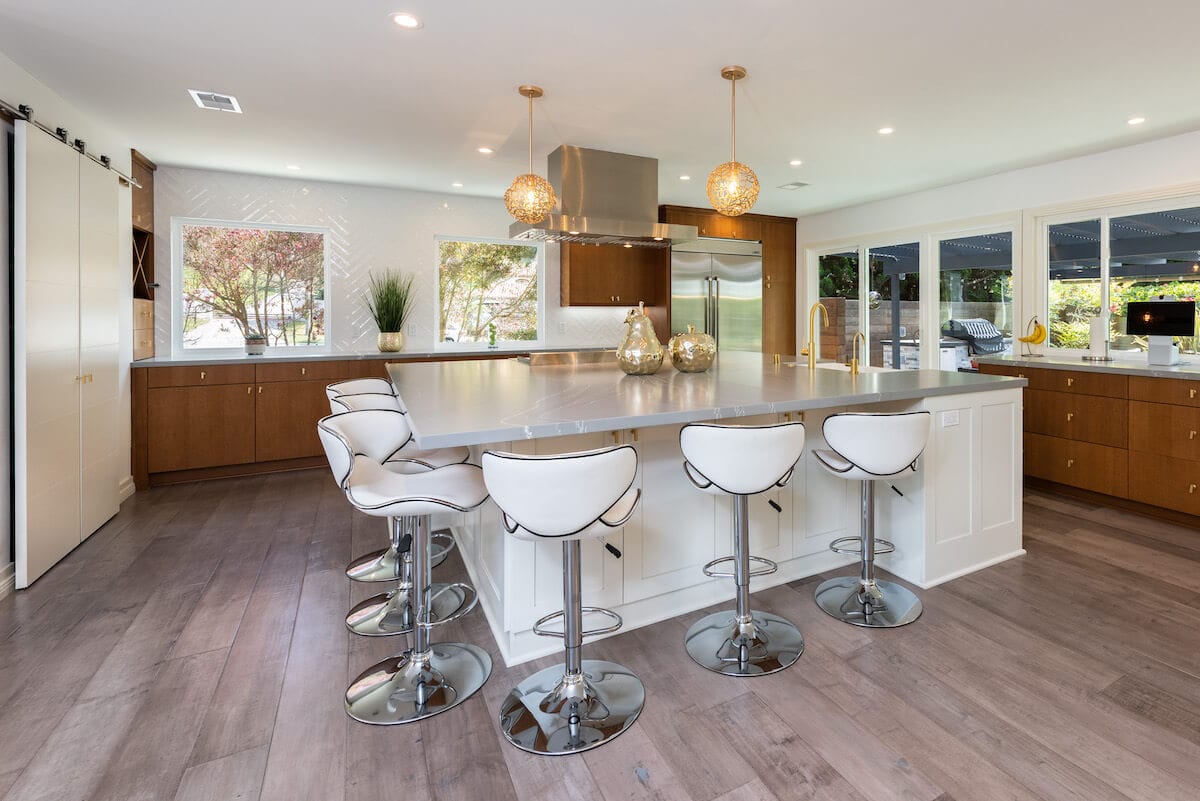 Are Open Kitchens Going Out of Style?

Over the last three decades, the open kitchen has reigned supreme in style and concept. People boast over their ability to entertain, cook, keep an eye on their kids, and maintain conversation with their guests all within the same accessible space. An open kitchen encourages design versatility. It gives you the ability to change your kitchen layout to whatever works for you at any point in time, utilizes natural light better, and is a social hub within the household. There are plenty of reasons the open kitchen design has been a mainstay for so long. However, the closed kitchen concept has gradually piqued homeowners’ interest in the last couple of years. It’s a more traditional design that allows homes a designated space for cooking, meal preparation, and cleaning.

Closed kitchens are fit for more private kitchen interactions and mitigates any social occurrences. People who cook a lot or prefer larger storage space would appreciate the intimate privacy of a closed kitchen. With an open kitchen, you make yourself available to all interactions including the television, social interactions with guests or immediate family, the outdoors, and anything else happening inside your home. There are pros and cons to every kitchen concept. In this article, we’ll help you choose which one is right for you.

An open kitchen concept, as we said before, has stood tall in the everchanging world of interior decorating. Thanks to the technological advancements since the 90s, an open concept has opened the doors to many decorating possibilities. It includes the living room, dining room, kitchen, and other room types all in one space. The perk of an open kitchen is that you are essentially welcoming guests into an intimate section of your home. Rather than socializing only in the living room or greeting at the foyer, your house is open to all guests as soon as they walk through the front door. The pros and cons of an open kitchen are highly dependent on what you prefer to have in your home. There is never a right or wrong choice as long as you’re happy with the decision!

Why not have both? – Combination of a closed and open concept kitchen

One of the great things about technology is that it is constantly advancing. It takes us to new heights and surpass what we thought possible. So many people love the idea of an open concept kitchen, but the benefits of a closed kitchen are almost too good to pass up. So, instead of following one extreme over the other, they met in the middle, taking man where no man has gone before. Introducing: the semi-open concept kitchen. This concept introduces the best of both worlds: Large storage spaces, privacy, accessibility, beautiful natural light, limited noises and smell, control of socialization. It’s all there.

There are several ways to control your space. Most people with a semi-concept kitchen utilize glass doors or bi-folding dividers to create that sense of space and privacy in one room. There are several ways to make your space your own. With Kaminskiy Design and Remodeling, you’re only limited to what you want out of your space. Use your imagination to create your farmhouse kitchen or take a more modernistic approach to kitchen layouts. It’s all up to you. Kaminskiy Design and Remodeling will make it happen. Give us a call today to set up an appointment. You won’t be disappointed by our creativity.